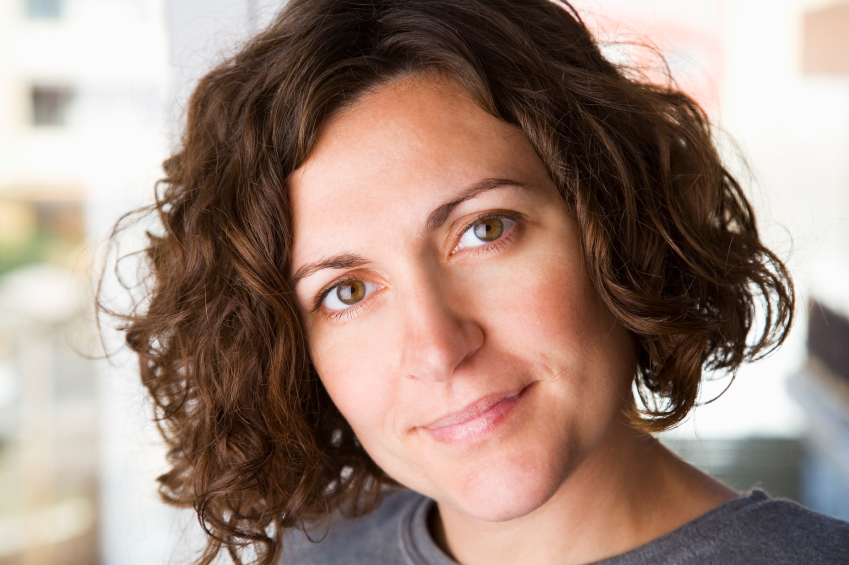 Introducing It's Pure Magic, an online video workshop will give you listening skills that you never imagined possible. It has transformed the lives of thousands and is affordable by anyone.

Register for the course at the bottom of the page.

In Seven Video Classes, You Will Master How To:

Sign up to receive a short e-Book that explains the basic principles.

We value your privacy and would never spam you

Douglas Noll, JD, MA is an award-winning mediator, author, and trainer. As a professional peacemaker, he has spent years developing an effective listening skill to de-escalate high conflicts in 90 seconds or less. As a co-founder of the Prison of Peace project, he has perfected the techniques with inmates serving life sentences in maximum security prisons. This knowledge is now available to everyone.

Here's how it all started

"I had been called in to mediate a dispute between a divorced couple. The facts were straightforward: When they were married, their kids had received a small settlement for an auto accident ($18,000). The money had been placed in a minor’s trust until the kid’s turned 18. The ex-wife, Susan, had violated the trust by removing the money to pay for her living expenses. The kids, now adults, could have cared less, but the ex-husband, Bruce, was furious. He sued Susan for violating the trust. By the time I was called in as the mediator, they had spent $50,000 in attorney’s fees.

Things were not going well. 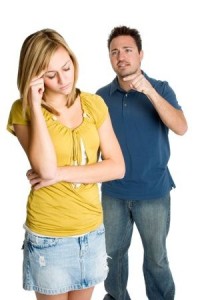 Every time Susan spoke, she called Bruce every name in the book. Bruce, of course, fought back. The conversation was heading downhill fast, and I was desperate.

Out of the blue, I turned to Susan and said “Susan, I would like you to listen to Bruce and ignore his words. Ignore everything that he says.”

“Yeah, I want to you ignore his words and focus only on the emotions he is experiencing as he tells his story. Just focus on his emotions and ignore everything else. Can you do that?”

“Great. Bruce, could you start again at the beginning,” I asked.

Bruce started up again and in a moment was blaming Susan for everything that had gone wrong in his life.

I stopped Bruce after a minute or two and turned to Susan. “OK Susan, tell us Bruce’s emotions.”

“He called me a bitch and blamed me for everything,” she retorted.

I Told Her to Listen By Ignoring His Words

“Ignore his words. What were his emotions behind the words?” I reminded her.

Bruce obliged and started over. This time I stopped him after 30 seconds and turned to Susan. “What are his emotions?”

After a minute, I stopped Bruce again. Turning to Susan, I asked, “What are Bruce’s emotions, Susan?”

This time she was more confident. “He’s angry, frustrated, and sad.”

I got them into a rhythm where Bruce would speak for a brief time and Susan would reflect back Bruce’s emotions. Susan became quieter and calmer. She had completely de-escalated her own emotions as she focused on Bruce.

After 10 minutes, Bruce wound up his story. Susan completed her reflection of his emotions.

Then something amazing happened.

Bruce broke down into deep sobs. He said to Susan, “That is the first time you have listened to me in 25 years.” Susan sat there in silence as Bruce cried his eyes out.

When he recovered, I repeated the process with Bruce labeling Susan’s emotions as she told her story. Within 15 minutes of Susan completely her story and being “listened” to by Bruce, they settled the lawsuit.

What had just happened? It was like pure magic. This warring couple had finally found peace and closure with each other. I just couldn’t believe it.

A neuroscientist at UCLA decided to test out various empathic listening skills using brain scanning techniques. He put subjects in the scanning machine and showed them very emotional scenes from movies. As he watched their brains react to the film clips, he confirmed that the emotional centers of their brains were highly activated.

The associate, knowing the emotions likely to be experienced from a given film clip, said to the subject, “You are sad and grief-stricken.” Lieberman immediately observed a change in the subject’s brain. The emotional centers started to quiet down and the prefrontal cortex, the thinking center, re-activated.

After watching this effect over the course of several subjects, he wondered what would happen if the wrong emotions were labeled.

Lieberman called this listening technique “affect labeling.” When I read his study, I immediately knew that what he had discovered was the same technique I had come up with in that mediation between Bruce and Susan years before. Science confirmed and explained my discovery. Amazing!

"Your presentation is the single most powerful, actionable, and supported teaching Ihave experienced.  Thank you so much for sharing your insights."

But Does It Really Work?

“This is an environment filled with conflict and violence. There is a dire need and want for change,” wrote Susan Russo. Susan was serving a life sentence without the possibility of parole in the largest, most violent women’s prison in the world.

Beginning her quest in 2007, Susan wrote over 50 handwritten letters from prison to mediators all over California. She was asking someone to come into the prison and teach lifers and long termers how to mediate conflicts within their prison community.

Her letters went unanswered until August of 2009, when one of her letters made it to my friend, Laurel Kaufer. Laurel is a well-known Southern California mediator, peacemaker, and founder of the post-Katrina Mississippi Mediation Project.

Standing at her mailbox, Laurel called me and read Russo’s letter.

“What do think?” she asked me.

I thought about it for a nano-second, then said,

“I think we should do this.”

Laurel and I were both lawyers, but had no experience with prisons or the criminal justice system other than what we had learned in law school.

However, we were both experienced mediators, peacemakers, and trainers. Why not? It might be a colossal waste of time, but it might not either.

I had been marginalized by my colleagues in the legal profession ever since 2000. That year, I left a successful trial practice to become a lawyer turned peacemaker. I knew my processes and techniques worked like magic, but was having a hard time convincing others.

“Here,” I thought to myself, “is a real opportunity. If I can teach murderers to become effective peacemakers, no one can gainsay my ideas.”

And so the Prison of Peace project started.

We learned that we could teach murderers to be peacemakers.

At the same time, we watched human beings who were considered to be the most evil, despicable creatures in our society, transform before our eyes. The process was profound, humbling, and immensely gratifying.

It got me to thinking, “If I could turn murderers into peacemakers, what could I do for the rest of the world?”

What you are reading is the beginning of a new project.

My goal is to help you transform your life in the same ways I have seen transformations with Bruce and Susan and thousands of others in my peacemaking practice, and with the hundreds of inmates I have trained in California prisons.

"[These] techniques [have] allowed me to go into a room and mediate a conflict between some guys who were on the verge of killing each other. These tools created a process that allowed them to communicate and walk away while saving face."

This 10 minute documentary bears witness to the power of the listening skills you will learn in the course. Women serving life sentences in prison have been taught these skills by Doug Noll and Laurel Kaufer. The skills have transformed their lives and will do the same for you.

'Our Asperger grandson flew into a rage last week because his sister appeared to “get credit” for a comment the two of them made at the same time. Linda had listened closely to my description of your teaching and she said to our grandson, “You feel you haven’t been listened to.” He immediately affirmed her statement and then she said, “That makes you feel bad.” Within 10 seconds, the micro-intervention you taught us restored calm and reduced a normally escalating set of circumstances into a calm that might otherwise have taken hours to achieve. Thanks!' 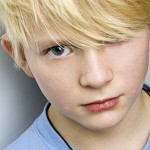 So, What's the Cost?

and $12,000 for a 28 hour intensive for groups of up to 20 people. That's about $175 per person for the basic workshop and $600 per person for the intensive. Since this is the stripped down training for distribution to hundreds of thousands of people on the internet, I thought about the price. $99.99 sounded right. The value was awesome.

Problem is, not many people that I want to reach are willing to fork out that kind of money on the kinds of promises that I'm making. Too much risk.

More than fair. Slept on it and decided it was still too much.

At $799.99, I was giving this amazing technique away. My wife thought I was crazy. But I couldn't do it. I want hundreds of thousands of people to take this course, learn its principles, change their lives, and help make peace in the world. I had to get radical.

That's right. $360.00. And, if it doesn't work for you, I'll give you your money back, no questions asked. Not only that, but to really get the techniques down, you should watch the video and do the exercises with a friend. So really, it's two for the price of one. If you split the cost, it's less than a good sandwich.

See, it's not about the money (well, not entirely). It's about spreading an idea that is so powerful, it has turned convicted murderers into powerful peacemakers. It is about actually learning and practicing a skill that will change your life. It's about you learning something that will be pure magic in your life.

“Thank you, thank you, thank you for teaching us about affect labeling.  My husband, a physician, helped me with some of Lieberman's articles last night. And, despite your cautions, we practiced on  each other.  After being married for over 25 years, we learned things about each other! “

Proceeds from It's Pure Magic Support the Prison of Peace project.